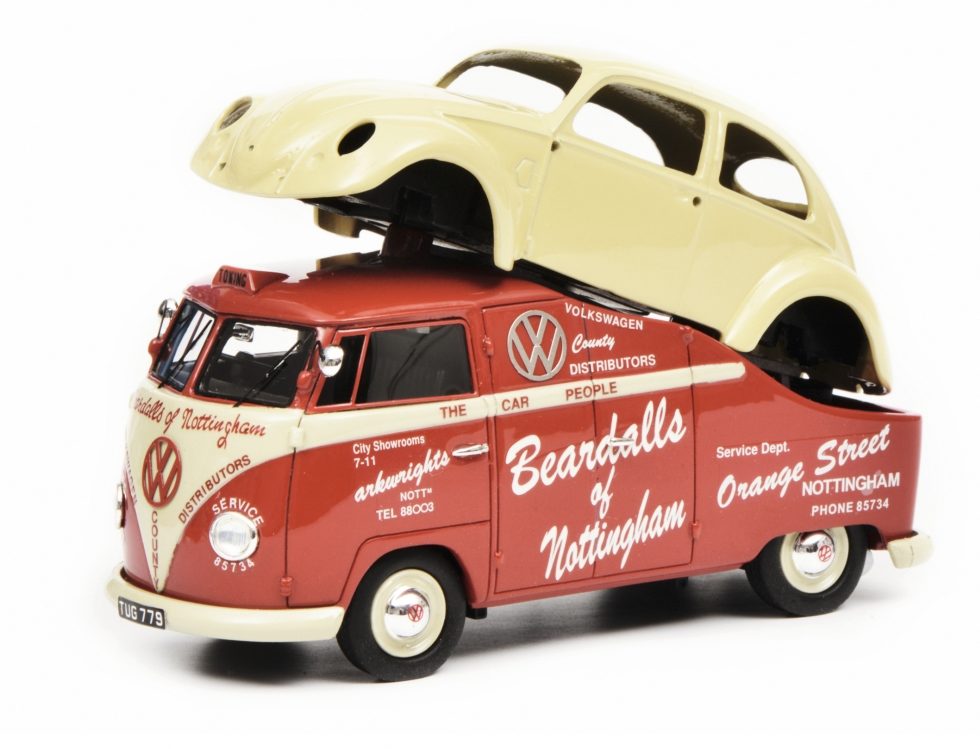 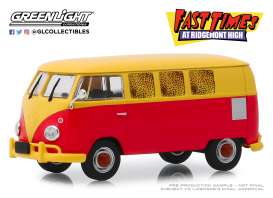 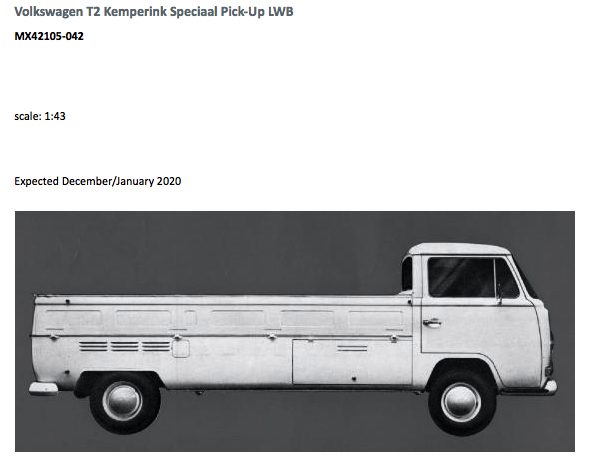 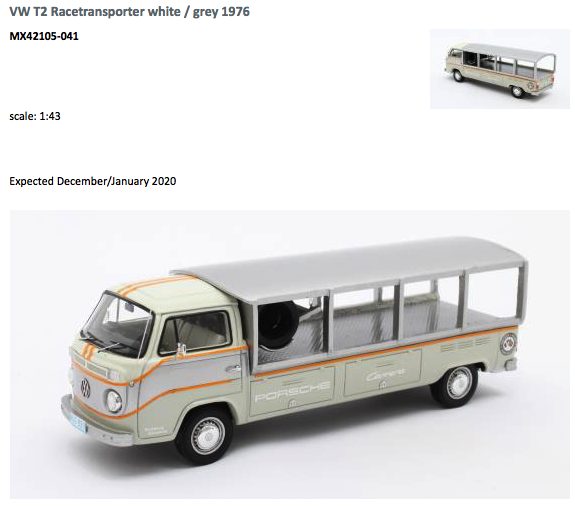 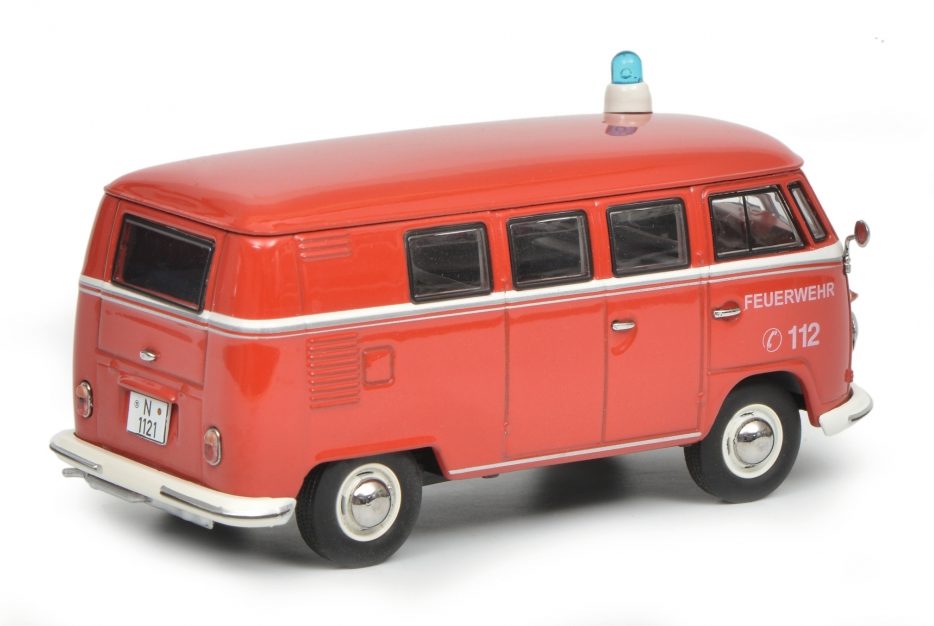 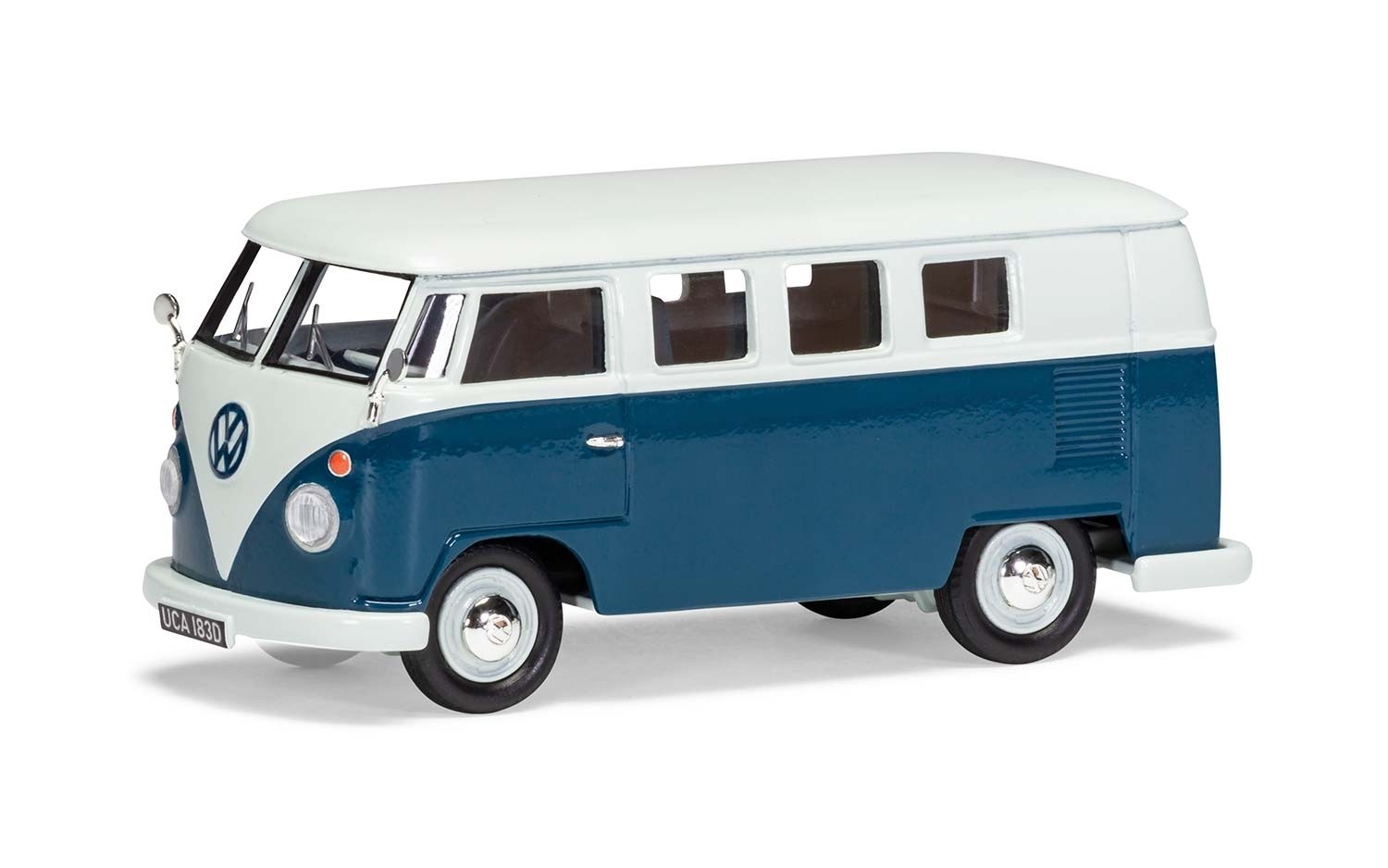 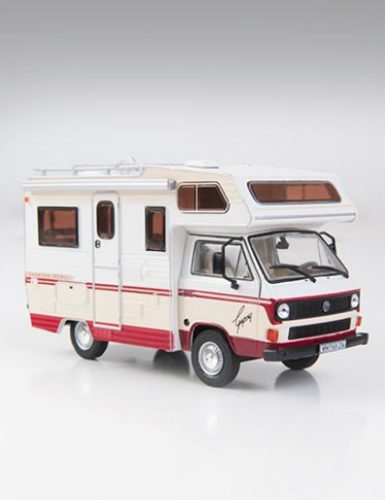 the first series of 1:43 Running on Empty from Greenlight

There are many VW Bus models made from Polystone. This one is made in China for Luville, a T2 food truck with working headlights. 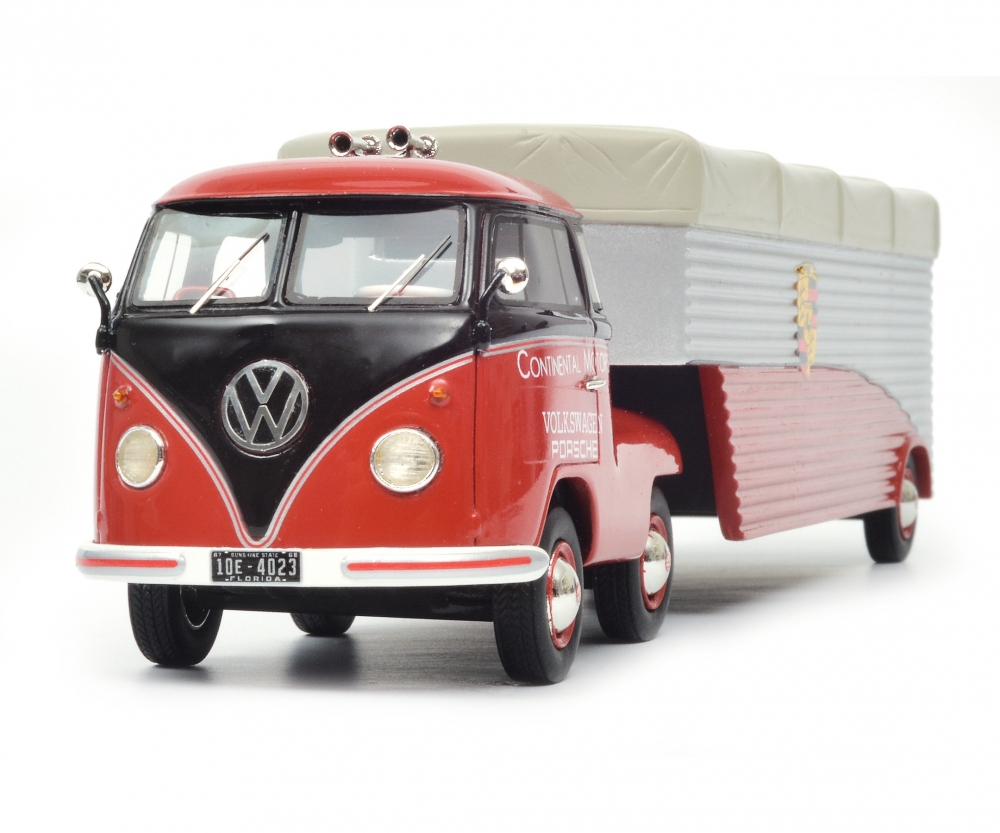 Found today, an old one, released over 25 years ago as a special model from Corgi (manufacturers of Diecast models) 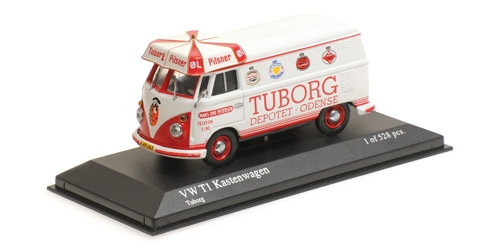 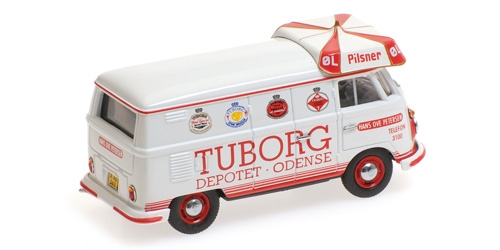 Especially for the Scandinavian market from Minichamps in scale 1:43. Limited edition of only 528 pcs. 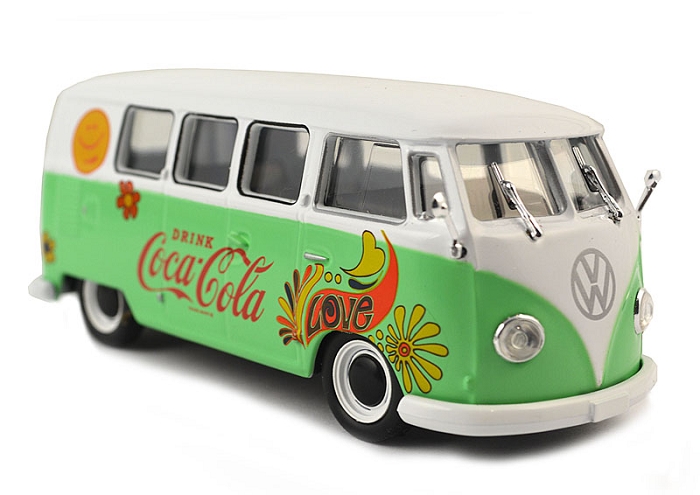 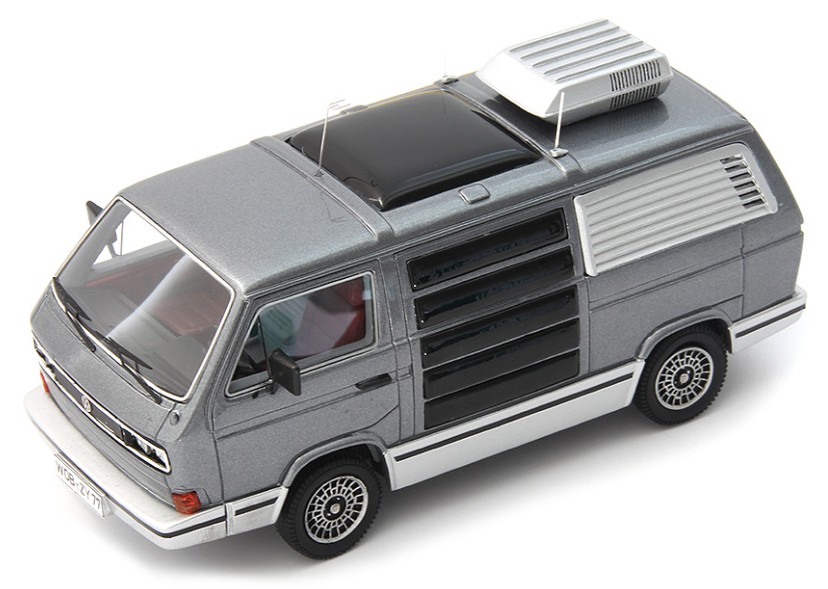 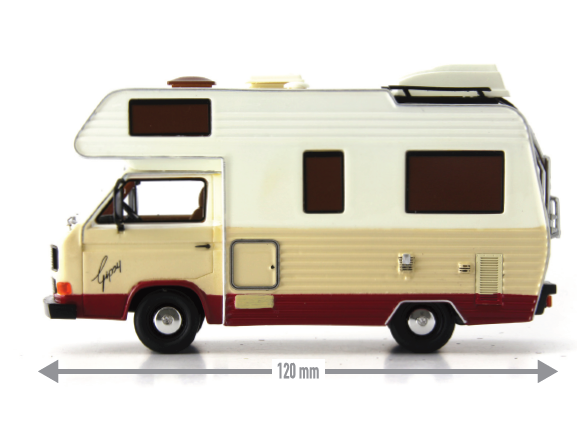 In 1977 the German company Karmann starter with the production of the VW T2 Gipsy camper, two years later followed by the T3. Until 1992 they produced 778 Gypsy campers.

END_OF_DOCUMENT_TOKEN_TO_BE_REPLACED

New expected coming weeks at your local dealer, from Schuco, the VW T2a Bus L Luxus “AEG Lavamat”, in het rood. No. 450334300. Whether the right rear wheel really comes without a wheel cover? 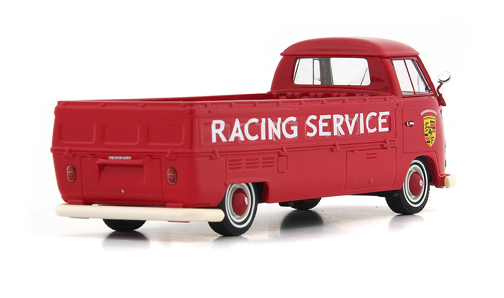 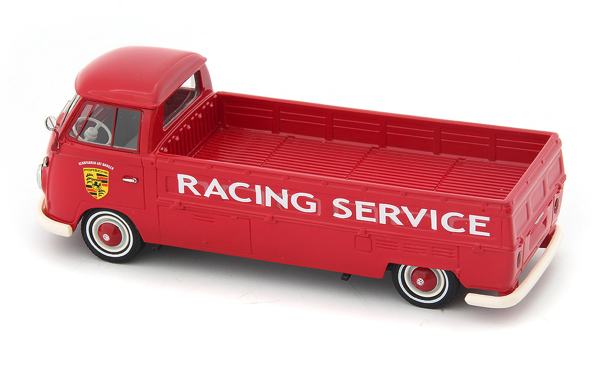 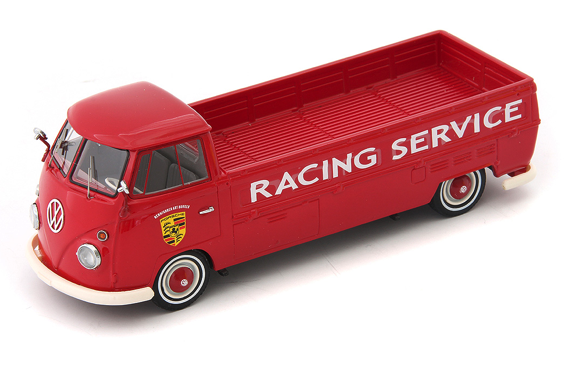 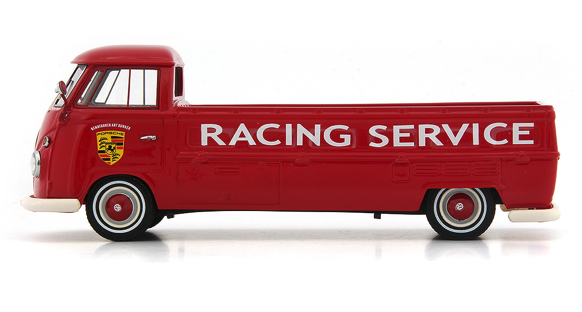 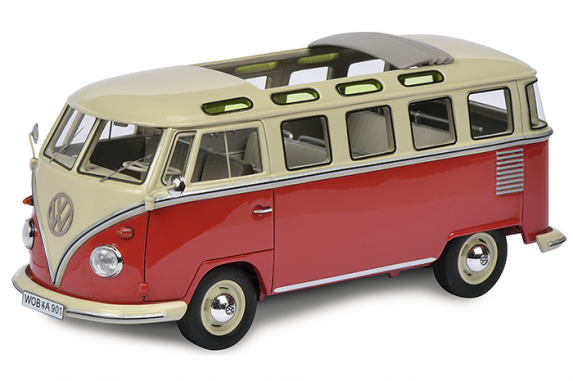 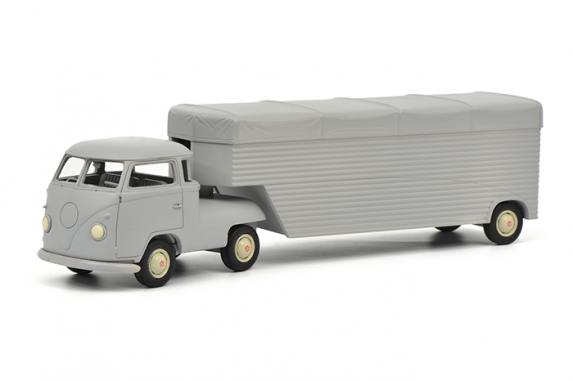 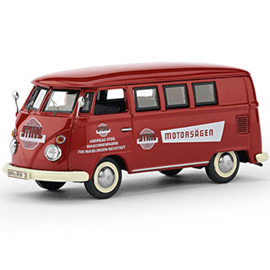 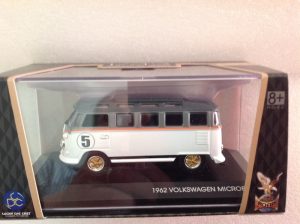 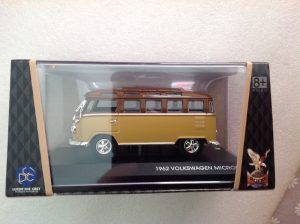